The Yankton Police Department K9 Unit consists of two highly trained K9s and their handlers. The K9s are trained in narcotic detection, apprehension, tracking, building searches and evidence recovery. They work the streets and patrol with their handlers and have been involved in several drug arrests, vehicle seizures, currency seizures, apprehension of wanted suspects and aid to other agencies. 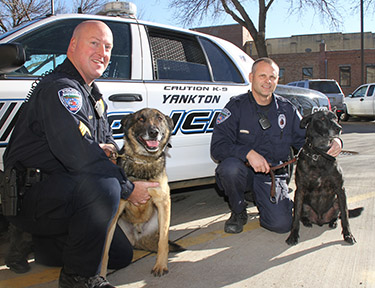 The current K9 program officially began in February of 2002 when the Yankton Police Department purchased two untrained Belgian Malinois from Nightwinds International of Tucson, Arizona. Both of the dogs were imported from Holland by Nightwinds International. The two dogs, named Karak and Rex began an intense 11 week training program with handlers, Corporal Darren Moser and Officer Jason Foote in Sioux Falls, SD in March of 2002. This training, which was provided free of charge, saved the City of Yankton approximately $15,000. Once the training was completed, K9s Rex and Karak began to work the streets with their handlers until March of 2007 when Corporal Darren Moser was promoted to the Detectives Division, and his K9 Karak was officially retired on September 30, 2007.

Officer Pat Nolz joined the K9 Unit in March of 2007 when he was promoted to K9 handler. The search began for a new Police dog, and K9 handlers Foote and Nolz traveled to Lawrence, Kansas to the Vom Kaiserhofes kennels. After checking out several dogs, they decided on a one year old Dutch Shepherd named Grief, and he joined the Police Department shortly after. Officer Nolz and Grief attended an 8 week drug detection training course in Sioux Falls, SD and Grief is currently certified in drug detection. In November of 2008, Officer Nolz and K-9 Grief completed an 8 week Patrol Class in Sioux Falls. Grief is now certified in criminal apprehension including tracking and building searches.

In March of 2009, K-9 Rex became ill and passed away unexpectedly.

After a small service K-9 Rex was laid to rest in the Garden of Memories Pet Cemetery.

In July of 2009 Officers Foote and Nolz traveled to New Market, Alabama and purchased an untrained dog from Kasseburg Canine Training Center. The dog's name is Ares. Ares is a Belgian Malinois/German shepherd mix. He was imported from Slovakia and arrived in the United States only a week before he was brought to Yankton. Ares and Officer Foote started an 8 week Patrol Class on August 3, 2009. The training was once again provided by Sioux Falls Police Department free of charge. After completion of the patrol class they then attended an 8 week drug detection course. This training was provided by the South Dakota Highway Patrol.

In April of 2015 K9 Grief was retired after a successful career. Upon Grief’s retirement Officer Pat Nolz, and Sgt. Jason Foote traveled again to New Market, Alabama and purchased an untrained dog named Max, from Kasseburg Canine Training Center. Max is a Belgian Malinois. Officer Nolz, and Max started Police Service Dog training with the South Dakota Highway Patrol in April Training in Narcotics detection and then Apprehension. Max completed his training in September of 2015.

In March of 2016 Officer Pekarek was selected as then next K9 handler and he and Sgt. Foote traveled to New Market Alabama to select a new police K9 for the Yankton Police Department. After looking at a few different K9's Reno was selected to be the next K9 to represent the Yankton Police department. Reno is a Belgian Malinois  and is 2 years old at the time of selection. Reno is very social and is a dual purpose K9. K9 Ares was retired in April of 2016. Sgt. Foote no longer handles a K9 but oversees the program.

The K9 training does not end with the initial certification courses. The K9s and their handlers continue to train daily, and travel to Sioux Falls on a regular basis to train with the Sioux Falls Police Department, the South Dakota Highway Patrol, State Corrections Officers, and other agencies with K9 Units.

Donations from the community of Yankton have enabled the Police Department to purchase a number of specialized pieces of equipment which are required by the K9 teams to perform their duties. This equipment includes: apprehension training equipment, collars, leashes, equipment bags, cage inserts for vehicles, bail-out systems (which allow the handlers to open the vehicle doors remotely to deploy the dogs), and temperature monitors for inside the vehicles. The South Dakota Division of Criminal Investigation donated K9 vests for both dogs. The Department has also purchased a computer program which allows handlers to keep track of daily, monthly and yearly training records, incidents, resources, training aids and veterinary records. The Department has also been fortunate enough to have veterinary costs and food for the K9s donated by Janet Messner of the Yankton Veterinary Clinic. Janet has generously provided this service for the K9 Unit since the Department purchased its first K9 “Babe” in 1996. 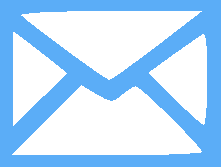